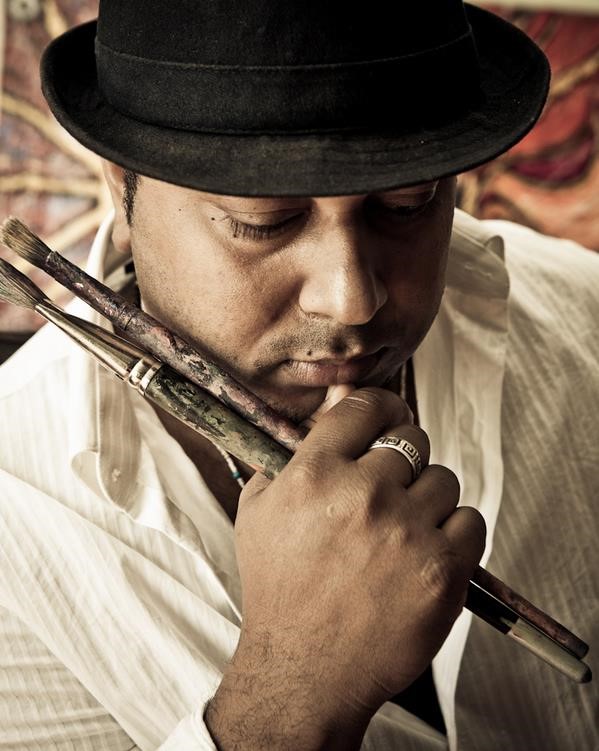 Julio's interest in the arts started at an early age in the city of Barahona, Dominican Republic while attending art festivals across the country. Some of his early work were showcased at the Swiss Mine Art Gallery in the Dominican Republic . In 2003, Julio had his debut at the Cultural Center of "La Calle 8" with artists from all around the world.

As an international artist, Julio is better known as "Julsan".

Julsan moved to Orlando FL in mid-year 2007, at that time he met Juliana Davidson who was The Art Director in The Osceola Center for the Arts in city of Kissimmee, she help him to exhibit his work in several places. that same time Julsan met with the prominent  and famous Master Painter from Puerto Rico Pedro J. Brull whom offered his support and unconditional help,The Master Brull became his menthol and opened several doors for him to break into the Art scene in Olando Fl.
Julsan also joined for the year 2008 to the B-side Artists, a group of urban Artists that marked a signal in the artistic atmosphere in Orlando.

Most of Julsan's work has been on portraits of women and "Tainos", or the Caribbean Indians. Although some paintings are on canvas or paper, he prefers the use of hardwood which allows for the use of mixed media. These elements create the sensation of having a three dimensional portrait and enhances the paintings by making them feel alive.

All prices are in USD